The Virtual Reconstruction of the Old Church of Petäjävesi

The main part of the virtual reconstruction of the Old Church of Petäjävesi was made in summer 2000 with professor Heikki Hanka. The first step in the creation of a completed model was the careful documentation of the church. Hundreds of digital photographs were taken and some video material was recorded. Fortunately, documentation drawings of the church were available. 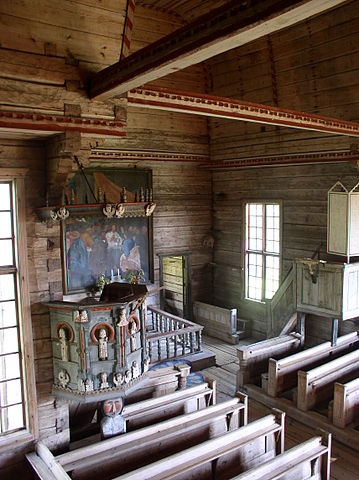 The final virtual model is based on several traces and fragments found. It is one possible interpretation of the interior of the church before 1830. 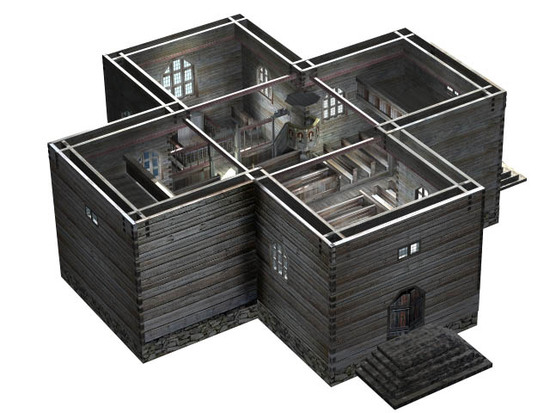 A small square piece of painted and decorated timber is preserved in one of the storage rooms of the bell-tower. Another piece of the same kind of square timber can be found in the rail of the northern gallery, where it has been used repair the gap left by the earlier stairs of the gallery. In the wall near the pulpit there are three notches which have probably been for the choir screen. The size of the timbers fits the uppermost notch and thus they were probably part of the choral screen. 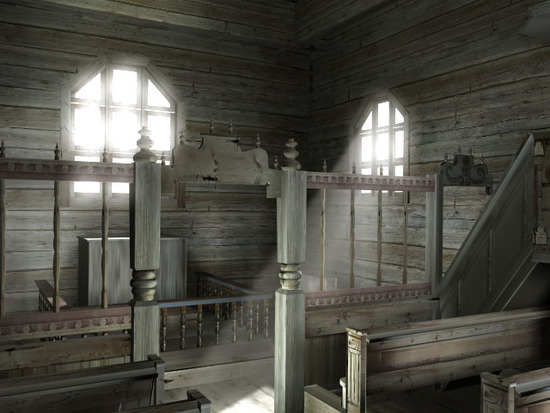 The only remaining three-folded window is behind the current altar painting. Other windows were construed from this window by scaling down the size, so that the width of the construed window could fit to the current window width.

You can find a real-time version from here: http://opendimension.org/reconstructions/petajavesi/

- If you brake down from 30 km/h, your car stops at 13,3 meter and nothing happens. - But if you brake from 50 km/h, you have not even started to brake. The person is overrun at full speed.